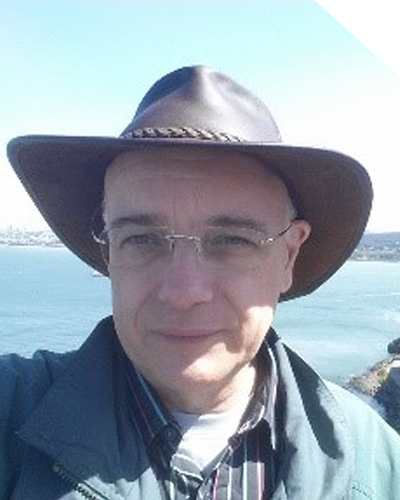 Professor at Hanoi University of Science and Technology

Eric Castelli was an Associate Professor at the “Institute National Polytechnique de Grenoble (Grenoble INP)” from 1990 to 2011. He defended his PhD thesis in electronic system field in 1989 and his HDR thesis in 1999, in the field of anthropomorphic modelling of speech. He worked at “Institut de la Communication Parlée (ICP)” from 1984 to 1997, and then he joined the CLIPS laboratory from January 1998 to August 2001. From September 2001 to March 2018 he worked in Hanoi, Vietnam, as the French director of the MICA International Research Institute, in charge of the scientific program management, and as the head of MICA’s Pervasive Space & Interaction Department. In 2009, he became Professor of Hanoi University of Science and Technology (HUST) which hosts MICA Institute and was integrated permanently to CNRS in September 2011 as a tenured researcher (CRHC since 2019). In 2016 he received a medal given by the Vietnamese Ministry of Education and Training for “Outstanding contribution to the Educational development of Vietnam”, and a Recognition award given by HUST for “Outstanding contribution to HUST”. Now Eric Castelli works at LIG Grenoble (“in the framework of the M-PSI” team).

He wrote over 550 scientific publications and reports, among them over 280 papers/communications published in journals and conferences on various aspects of speech analysis, speech production, speech recognition, ubiquitous computing, human-machine interaction & general instrumentation. He was/is expert-reviewer for 16 international journals and for around 90 international conferences.

He was in charge of 11 MOUs and specific agreements with Scientifics partners in the world and of 7 MOUs and agreements with industrials. From 2020 he is member of the International Scientific Committee (and reviewer of projects) of ASLAN LABEX, Universite de Lyon.