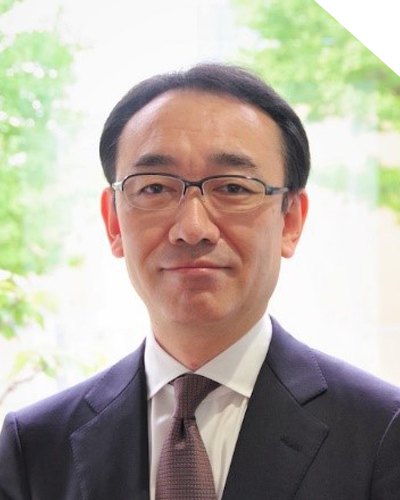 Masugi Inoue graduated from Kyoto University in 1992 and received his Dr. Eng. degree from The University of Tokyo in 1997. After he joined the Communications Research Laboratory (CRL), Tokyo, Japan, which was reorganized as NICT in 2004, he contributed to develop the world fastest WLAN in MM-wave bands, common-signaling MIRAI architecture in heterogeneous networks for context-aware services in the 4G era, ID-locator split architecture (HIMALIS) for future Internet, etc. He has been working on a resilient platform system called NerveNet, which has been deployed and tested/operated in domestic and overseas locations. In particular, he has been collaborating with NIPTICT (now CADT) since 2013 to test the technology as communication platform in rural areas in Cambodia. From 2016 to 2021, he worked on international cooperation and operated ASEAN IVO, Japan-US (JUNO) and Japan-EU (HORIZON) Joint Research Programs. He has been in his current position since April 2021. He was a visiting researcher at Polytechnic University (now NYU WIRELESS), New York, in 2000 – 2001. He served as Chairman of the Technical Committee on Mobile Network and Applications (MoNA, now merged into SeMI), Director of General Affairs, Director of Finance, etc. in the IEICE Communications Society. He received the Best Paper Award from IPSJ in 2006 and 2007, and the Young Scientists’ Prize in 2007 and the Prize for Science and Technology in 2019 from the Minister of Education, Culture, Sports, Science and Technology. He is a fellow of IEICE and a member of IEEE.